7 Reasons Why a Forest Kindergarten Changed My Daughter’s Life 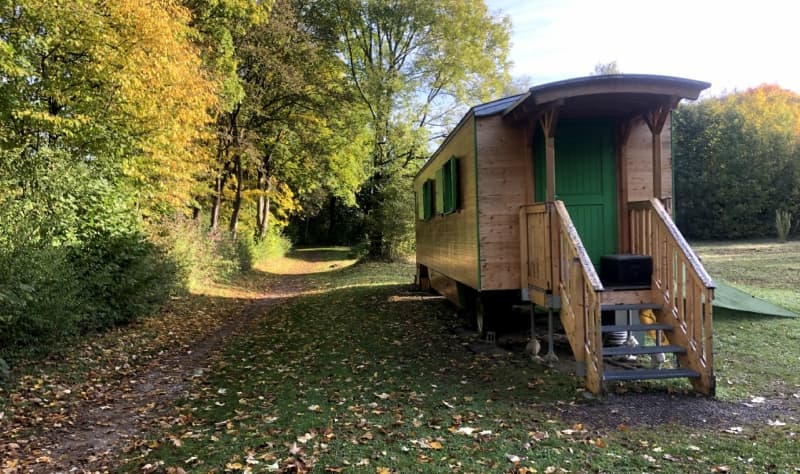 I genuinely believe that my 5-year-old daughter’s life changed for the better the day we received the news that she had a place at a sought-after forest kindergarten on the outskirts of our city. I was so sure that this was the only place for her, that I didn’t even bother applying anywhere else.

1. What is a forest kindergarten?

It is literally a kindergarten in the forest. Children age 3–6 spend their days in the woods playing and exploring. The idea originated in Denmark in the 1950s, was more widely adopted there in the 1980s, with the idea taking hold in Germany in the 1990s.

There are now over 2,000 forest kindergartens in Germany alone. If you calculate an average of 20 children per kindergarten then that’s around 40,000 children in Germany who spend their days outside in nature.

2. But what happens in bad weather?

There is a saying that originates from Scandinavia:

There is no such thing as bad weather, only unsuitable clothing.

As long as your child is dressed appropriately, they won’t be too cold/wet/hot—something we learned the hard way.

Most forest kindergartens have a trailer, hut or shed where the children can go if the weather is really bad. By really bad they mean hurricane-force winds, blizzards, and torrential downpours. All other weather is fair game, but then again this is why we send our kids there, to be outdoors, not cooped up in a trailer with 19 other children.

They play. Kids don’t need toys to play, they need imagination. I have lost track of the number of sticks and stones my daughter has brought home to keep because they are beautiful or represent something she was playing with that day:

A piece of tree bark? Her train ticket.
A stick? Her magic wand.
A pebble? Her precious gem.

Our forest kindergarten has several different places throughout the forest that they venture to and explore. This not only varies where the children play but also keeps them fit. They may walk across forest terrain for 30 minutes with their little backpacks — and then back again.

They also use real tools to saw, hammer and make things from items they find in the forest. The children learn to employ these tools safely and this carries on into their everyday lives. My daughter has no issue using a relatively sharp kitchen knife to help chop vegetables at home.

4. What games do the children play in the forest?

Anything and everything. They climb trees, they built teepees and treehouses, they make mud cakes, the play hide-and-seek, read books and sing songs. They pretty much learn everything they would in a traditional kindergarten, except they are outdoors.

One of the teachers has a guitar and sometimes at their daily morning circle they sing songs together. On special occasions, they even light a fire in the fire pit by the shed.

Even though the children are together, they regularly separate the ages for age-appropriate activities.

The first-year children are known as the Explorers, which our daughter was last year. One activity was rubbish-collecting expeditions, where they collected all the trash they could find in the forest. The second-year children, the Scientists, then separated the rubbish and the oldest children, the Detectives, analyzed it.

This not only gave each year group an identity, but they also worked together as a whole.

5. Do they learn anything about the forest?

They learn about the seasons, especially as they experience them all first hand. They build snowmen and go sledding in winter, watching the first buds appear on the trees in spring and play in the blazing hot sunshine in summer before watching as the forest slowly moves through autumn into winter again.

Every Christmas, before the holidays, the children take some birdseed and food for the deer and other wildlife and give thanks for allowing them to share their forest for the year. They are taught to respect the forest and all animals that live in it.

My daughter has no fear of bugs and doesn’t harm them if she sees them. She is learning the names of trees and plants and is understanding what it means to live in harmony with other creatures.

6. So the children don’t fight?

Well, you can’t say they never fight, of course they do, but there is a lot less conflict than in a traditional kindergarten. The first thing you notice is a sense of peace.

Whichever part of the forest they are in, it’s always large enough for the children to have their own space. If they fight, they can separate into different parts of the area. Incidentally, each section of the forest has a certain area the children can play in, and they are not allowed to go beyond the invisible cordon. And they don’t because they don’t feel the need to.

7. Any other benefits to the children?

According to a study done by the Children and Nature Network in 2010, there are numerous proven benefits to the children who play in nature.

They develop a sense of self and independence by taking responsibility for themselves, and their social skills improve. Physically, all their motor skills are enhanced with activities such as tree climbing and using a variety of tools.

Stephen Kellert, in the above study, says that “Play in nature, particularly during the critical period of middle childhood, appears to be an especially important time for developing the capacities for creativity, problem-solving, and emotional and intellectual development.”

It has also been shown that children who spend their days outdoors have a stronger immune system compared with their peers at traditional kindergartens. They have fewer colds and stomach bugs and are generally healthier because they don’t lead sedentary lives and spend time outdoors.

It’s also known that physically connecting with nature through being in the forest, walking barefoot and generally being outdoors has a huge impact on mental wellbeing, lowering the chance of depression. Forest bathing has become popular in recent years.

Once a child has spent so much time outside, it’s hard to get them back inside. Despite loving her screen time and not always initially willing to go outside, when we do go to the forest at the weekends, my daughter never wants to leave.

This love of the outdoors carries on into adulthood, which leads to increased health and fitness as well as a lower chance of obesity and other health-related illnesses corresponding with sedentary lifestyles.

It’s a lot of effort to get your child ready and dressed for forest kindergarten every single morning. You cannot forget anything. In winter you need to ensure they are wearing enough layers to stay warm. Their gloves and boots have to be completely water- and cold-proof. We bought three pairs of boots before we found some that were completely waterproof and kept her feet warm in temperatures of -10 degrees Celsius.

In summer it’s all about sunblock and insect repellent, especially as there are ticks in our area.

This also means that we need to check her for ticks every evening and remove any we find. We stick the little blighters to a piece of paper with tape and a date, so if something came up, we could have it tested for Lyme disease. So far so good, and I’ve got pretty good at removing them now. And we have a nice gallery of ticks on our pinboard.

And the mud, wow. I have never seen so much mud in my life. Some days the children are literally covered from head to toe in mud, including their faces.

But you know what? Underneath all that brown muck is a very happy, grinning child. Because no matter how cold or wet it was that day, connecting with nature and just getting muddy without being told off is the most fun you can have.

My little one is happier than she has ever been, and some of that is definitely down to her forest kindergarten. She has made friends who also love the outdoors, she has respect for nature and she’s pretty healthy and fit. Her, as well as our life, definitely changed for the better the day she was accepted into forest kindergarten.

The post 7 Reasons Why a Forest Kindergarten Changed My Daughter’s Life appeared first on The Good Men Project.