Soccer is not just a game for Ball State Soccer's first-year assistant coach, Hannah Sullivan. It's a way of life.

"It's something that I've always loved," Sullivan said. "I thought, why not make it a career?"

Ever since she trotted onto the field at her local YMCA as a 3-year-old, Sullivan has made soccer a big part of her identity.

At the age of 9, Sullivan chose to be goalkeeper because she hated running and was out of shape. When her Indy Premier Soccer Club coach asked her teammates who wanted to play goalkeeper, Sullivan swiftly raised her hand.

"I just genuinely did not like running very much," Sullivan said. "But I loved the game, and so that's kind of how I became a goalkeeper."

While her peers switched clubs and went back and forth between different teams, Sullivan stayed with Indy Premier for 13 years after joining in kindergarten. Sullivan rotated coaches every one to two years as she grew older, so she had roughly 12 coaches during her time on the team. As she looks back, Sullivan said, she believes her drive to become a coach started with her experience at Premier.

"I had to learn from all different sorts of coaching styles," Sullivan said. "I took advantage of that, because I knew I wanted to be a coach and involved in sports. I used to think, 'I really like that coach's energy,' or 'I don't like the way he talks to his players.' I was evaluating my own coaches to understand how I wanted to be a coach when I grew up."

Before Sullivan, nobody in her family had ever played soccer. In fact, Sullivan and her parents had no idea how to manage the recruiting process when it began in high school. She reached out to multiple schools but received generic replies with camp invitations. 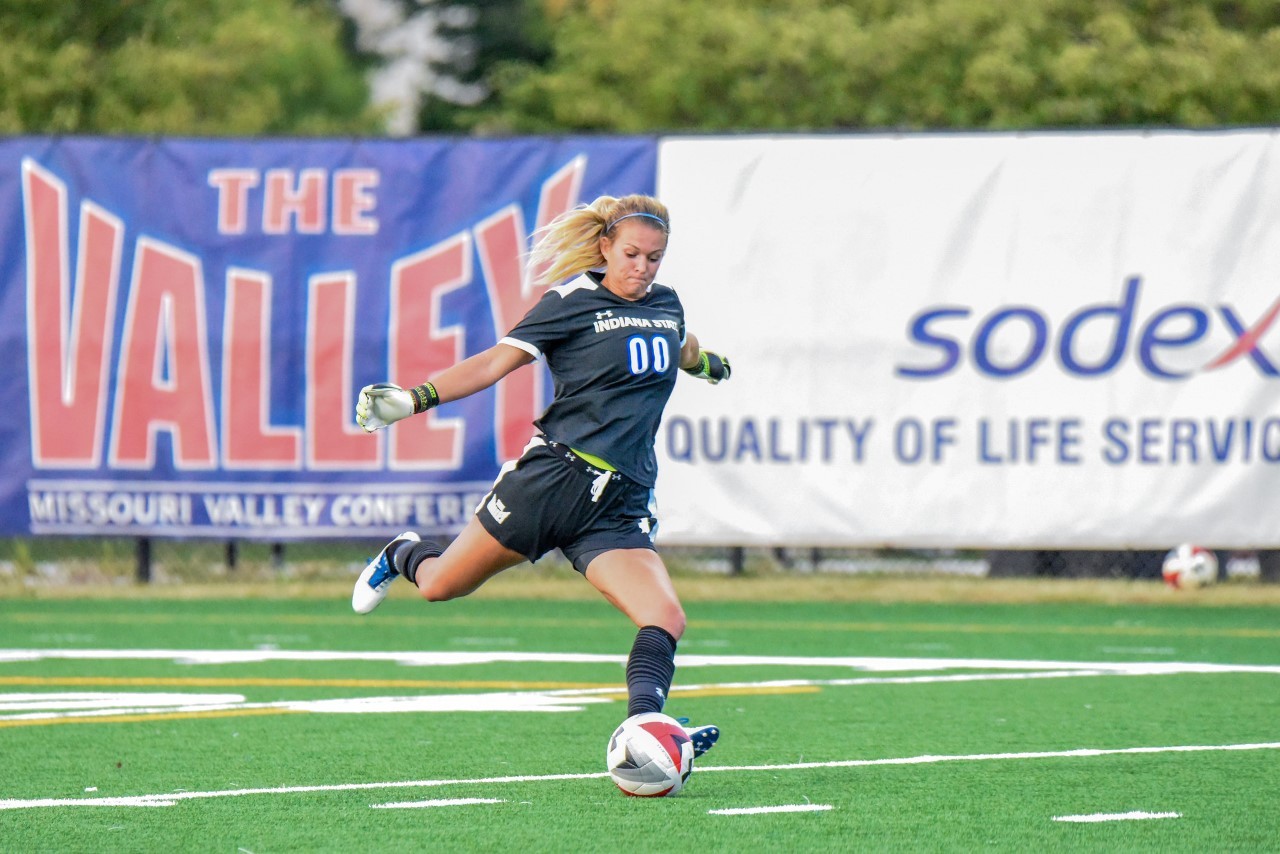 While playing for the girls' soccer team at Fishers High School, Sullivan won the state championship in 2014. Her senior class had nine college commitments, Sullivan included. That year, she committed to Indiana State before graduating high school in 2016.

"I really never could identify where I was in comparison to everyone else," Sullivan said. "I genuinely wasn't exactly sure what I was doing - it was kind of learning by trial and error. I found [Indiana State], and I stuck with it and enjoyed my experience."

During her time at Indiana State, Sullivan finished with 177 career saves, fifth in program history. After seeing no action as a freshman, she started 39 matches over the course of the next three years. As a senior, Sullivan recorded a career-high nine saves against Saint Louis. She graduated in 2020.

"There were some hidden problems throughout my time there, in which, I think, as a team, we all had to work through," Sullivan said. "I had individual battles as well. There's not a really good player out there who hasn't gone through something. I didn't want adversity to kind of diminish what I could do on the field and what I was able to accomplish."

During the 2020-21 season, Sullivan landed her first coaching gig at Marian University, where she worked under current Ball State assistant coach Gary Yohe. Sullivan then followed Yohe to Ball State after seeing his intensity and how much he got out of his players.

Before her stint at Marian, Ball State head coach Josh Rife had been in contact with Sullivan. More than a year ago, Sullivan reached out to Rife interested in a graduate assistant coach position. At the time, the Cardinals' staff was full, but Rife kept Sullivan in mind for future opportunities. A year later, Sullivan stands beside Rife on the sideline.

"She's been very involved in training goalkeepers and running sessions, so her comfort level in that environment is massive," Rife said. "It's something we haven't had since I've been here, so I couldn't be more excited to have her here."

Since becoming a coach, Sullivan has noticed her approach to the game change in several ways. She said she focuses on the small details and is able to identify moments of importance and express those to players, like hitting the ball earlier or making a save. Sullivan has learned to embrace the role of being an underdog, which she experienced as a player herself.

"There's nothing more I love than being an underdog," Sullivan said. "That's pretty much who I was, and I love it. I like being able to kind of share my experiences of being in that same position and being successful sometimes, and sometimes not, and that's OK. I just think having that underdog, grind-it-out mentality that this team has is the kind of team that I want to be a part of, and it's awesome."

After losing the MAC Championship last season, Ball State is replacing goalkeeper Maitane Bravo - who started all 10 games last season and graduated - with senior Alex DeRuvo, sophomore Bethany Moser and freshman Abby Jenkins. Rife said he is positive that Sullivan's experience in net can pay dividends and instill confidence within the three goalkeepers

"She's connected, first and foremost, with the goalkeepers," Rife said. "I think to have a young lady who could be a great role model, and someone who's been where the players have been and can be very relatable to them, you can't really put a price on how valuable that is to have on your staff."