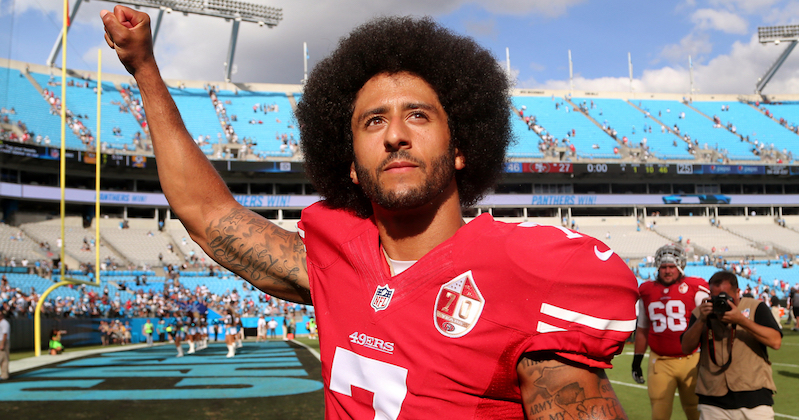 Colin Kaepernick—the activist quarterback blackballed by the NFL for kneeling during the national anthem at the start of games in protest of police brutality and racial inequality—is releasing a children’s book inspired by a pivotal moment in his childhood.

I Color Myself Different, the first picture book in a multi-book deal between Kaepernick Publishing and Scholastic, is based on a formative memory from kindergarten, in which a young Kaepernick drew his adopted white family in yellow crayon and then drew himself brown. It was the first time Kaepernick acknowledged the difference in their appearance, and the small act empowered him to celebrate differences.

“This story is deeply personal to me and inspired by real events in my life,” said Kaepernick in a press release on Thursday. “I hope that it honors the courage and bravery of young people everywhere by encouraging them to live life with authenticity and purpose.”

I Color Myself Different will be the second book released by Kaepernick Publishing, which was launched by the QB in 2019 with the objective of “elevating a new generation of writers and creators” and “amplifying diverse views and voices.” The imprint will also release a collection of essays on policing and prisons in this fall, as well Kaepernick’s hotly-anticipated memoir sometime next year.