Since the beginning of the Covid-19 crisis, we have been using this blog as a catch-all for information on the situation in Beijing. As the situation has calmed down signficantly, we're now no longer updating this blog regularly. For our full coverage of the COVID-19 crisis in Beijing, see our story archive here. Our sources of the infection numbers at the bottom of this post is the Beijing Municipal Health Commission (for local case numbers) and the National Health Commission of the People's Republic of China (for national case numbers).

Word on the Street

You can keep your friends and family up to date by sharing this graphic.
It will direct them back to this blog: 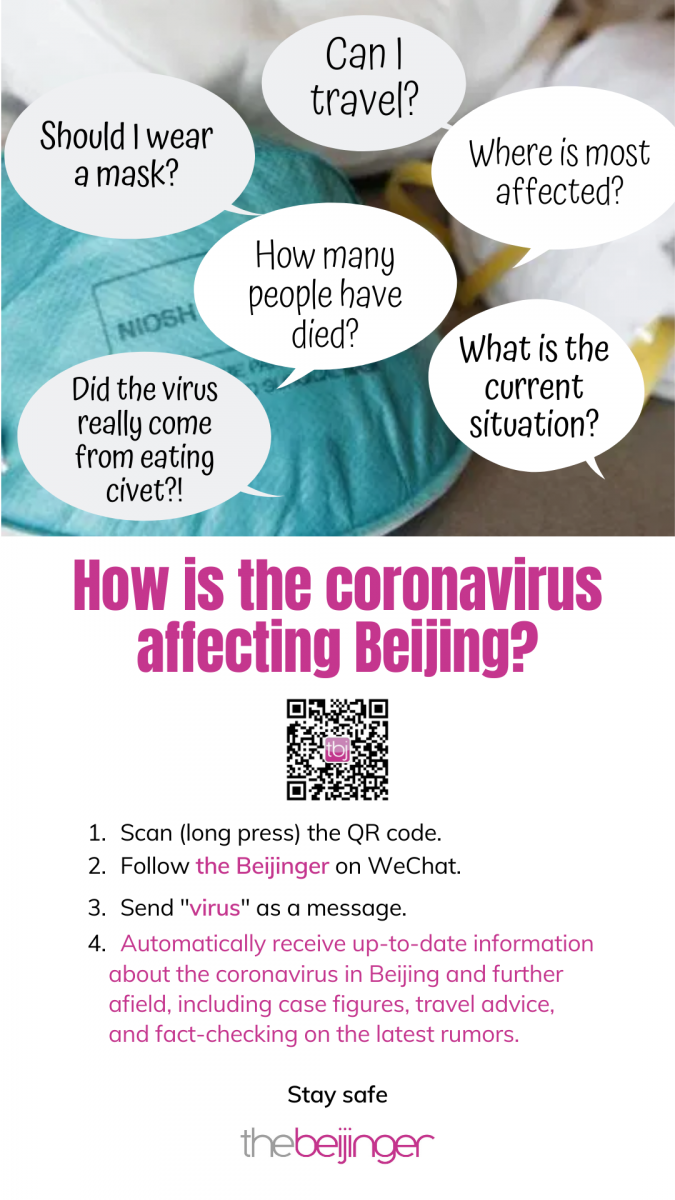 Provided:
Paid:
Back to Feed
Use left/right arrows to navigate the slideshow or swipe left/right if using a mobile device