We Expected Too Much From Summer

For a brief, glimmering moment this spring, as vaccination rates rose and states loosened stay-at-home restrictions, it seemed as if some Americans could look forward to a summer of unprecedented revelry and socializing. With vaccine cards clutched in hand, many of us started to make plans to do everything we’d spent more than a year avoiding. But even before the Delta variant spurred a new wave of coronavirus cases in the United States, the summer had already hit an anticlimactic wall. Whether we realized it or not, we’d been through something too big, too traumatic, too earth-shattering. Our behaviors have changed substantially, and we were never going to just get back to socializing like we did before.

Claire Forrest, who lives in Minneapolis, had planned to finally put herself out there and date seriously when she turned 30 in January 2020, a hope that the onset of the pandemic dashed. But now that she’s received the vaccine, Forrest hasn’t jumped headfirst back into dating, looking at the people on Hinge with fresh skepticism. The dating app allows people to mark if they’re vaccinated, to ensure that everyone is “on the same page about COVID,” she told me over the phone. And now it just feels like “another additional barrier to navigate.” These days she’s feeling cautious and reflective. The past year “really made me think about who I trust and why I trust them, in ways that don’t always feel comfortable to me,” she said. “And I haven’t fully worked it out yet.”

Trust in others has taken a hit, according to Richard Tedeschi, a psychologist at the Boulder Crest Institute for Posttraumatic Growth, a mental-health group that specializes in treating PTSD in veterans and first responders. “It’s the case that a lot of people found themselves vulnerable … and many people are rethinking the idea that [they] can trust their neighbors and the people that live around them to do the right thing,” he told me over the phone. The deep divide that has widened during this pandemic is dashing illusions that we “live in a benevolent world.” That shift in how we view people in our communities is part of what’s giving folks pause when it comes to how exactly they want to be interacting with others.

After associating large groups of people with danger for so long, it can also just feel uncomfortable to see big gatherings again, even if your brain knows you’re safe. Earlier this summer, Rebecca Jackson thought she really wanted to get back to the concerts, festivals, and restaurants in Montgomery, Alabama, that she and her husband had been missing. Because she has an autoimmune condition, they hadn’t eaten at a restaurant since the virus started spreading, but once she felt secure in her vaccination status they made plans to go get a beer inside. The couple got to a brewery and saw tables being set up for a group of 60-plus people. Jackson told me she then turned to her husband and said, “Nope, we gotta leave.” They got crowlers to go. She said the entire feeling of going out, especially in a state with a relatively low vaccination rate like Alabama, just isn’t the same, and she’s more skeptical of other people than she was before. “I miss going out, but I don’t have a desire to do things around a lot of people.”

The reality is that our brains have changed after so many months of dealing with what often felt like—and sometimes were—life-and-death decisions. Andrei Novac, a psychiatrist at the University of California, Irvine who studies the impact of traumatic stress, told me that most people can’t just flip a switch to get over the past 17 months, no matter what their experience has been during the pandemic. A crisis of this magnitude “can be compared only to a world war,” he told me. Whether people experienced firsthand loss and grief or just spent an inordinate amount of time digesting the devastation that hit other people, that stress not only sticks with them but can also cause deep existential fear. “A survivalist instinct can be triggered in these cases, and that can cause very unusual behavior.” Survival behavior, he said, could mean that people go into a kind of pleasure frenzy, “really blinded by their drives to enjoy life,” while others become depressed, anxious, or hopeless. But Novac doesn’t think this period will last forever. “Human beings bounce back, in general,” he said—though a massive upheaval like this will probably take more time than we think to get over.

According to Tedeschi, the experience of upheaval can even lead to positive change, or “posttraumatic growth,” a concept that he helped develop. “For some people, there may be some changes forced upon them … but these changes might make them investigate new opportunities in their lives … and [show] them that what they had in the past wasn’t what they wanted to go back to either.” Christina Abreu, a history professor at Northern Illinois University who lives outside Chicago, had her second child just before the pandemic began, and her older daughter, who was 4 when this all started, will enter first grade in the fall. In that time, the pandemic has canceled a lot that previously seemed necessary for the family: organized activities, playdates, in-person kindergarten, family holidays, getaways with friends, date nights. Dialing back has had its benefits, Abreu told me. “We don’t need to be so busy all the time, don’t need to be so scheduled all the time. In that respect, it kind of reset our family expectations for what we do on weekends or vacations.”

Forrest, too, feels that her priorities have shifted. Before the pandemic, she had been so serious about getting into the dating game that she had been working with a dating coach. Now, she says, she wants to celebrate the life she does have. “I always knew being single was not a bad thing; my life has developed in a lot of interesting ways because I’ve been single for so long.” Does she still want to date? Sure. But she’s realized “that some things are nice to have and I will also be okay without them.”

Returning to social events will continue to be a mental process for many. But turning back toward others is what will eventually help people move on from the pandemic once this Delta-driven surge subsides and it’s safer to do so, according to Novac. Just hearing people’s voices and recognizing expressions and emotions on their face (or in their eyes, if you’re masked) can have a positive impact on our brains. “The social instinct is very strong,” he said. “Without that, we wouldn’t be able to survive. That will come back. And with the social instinct will come also the ability to enjoy life in groups.” 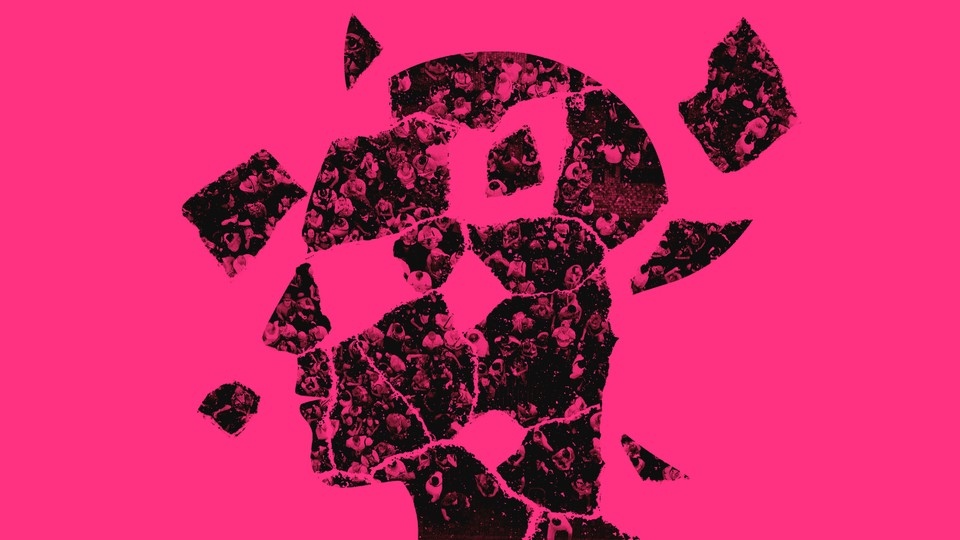