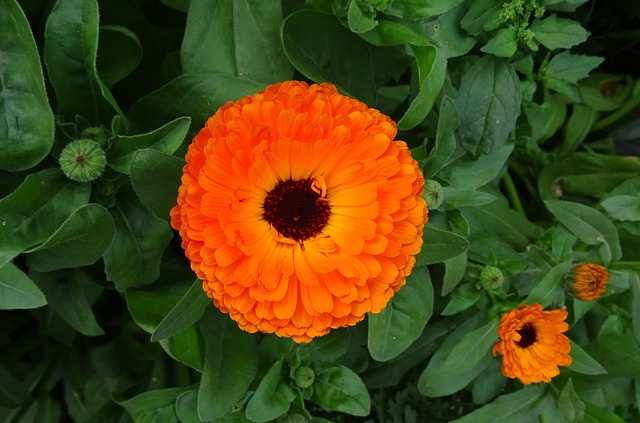 Viruses are the most prolific biological forms on the planet. They exist everywhere and have
the potential to infect every single living being. Just to give you an idea of how many viruses there are, if you laid them all out in a line, they would stretch for 100 million light years.1)
Now, not all of those 100 million light years’ worth of viruses are harmful to people. But new viruses that can infect humans are being discovered constantly.
Viruses are also mutating and changing all the time. That’s why things like annual flu vaccinations aren’t always effective. Flu strains vary from year to year, so it’s hard for vaccine makers to predict which strains will be prevalent each season.
It’s also extremely difficult to treat viruses after you are infected. That’s because viruses infect our cells and use our cells to replicate themselves. Since we’ve all got different genetic and lifestyle factors that impact how viruses work in our bodies, effective antiviral drugs are difficult for drug manufacturers to produce.
Right now, there are only a very limited number of effective antiviral drugs available. For example, there are antivirals for HIV, hepatitis B and C, some herpes viruses, and influenza A and B.

Fortunately, there are quite a few natural herbs you can use at home that may offer some protection against certain viruses settling in, limit the duration of a viral infection once begun, or reduce symptoms during virus-related illness. Some herbs can offer additional health support when used along with medically prescribed antivirals in viruses that are difficult to keep dormant or vaccinate against.
Let’s take a look at 10 great antiviral herbs that you may want to include in your home-based apothecary.

Echinacea, also called coneflower (when you grow it in your garden), is an easy-to-use entry point into making your own antiviral protection.
Echinacea purpurea, commonly called purple coneflower, can be effective for use in treating viruses such as avian influenza, herpes simplex virus (HSV), respiratory syncytial virus, and rhinoviruses (common cold).2) It has also shown some effectiveness at preventing respiratory viruses if taken in time. According to available studies, ethanol extractions made primarily of the plant’s aerial parts may be more effective than decoctions as a preventative or in the early stages of a virus.
Other varieties of echinacea may also have some effectiveness in the treatment of specific viruses. The aerial parts of E. angustifolia can be effective for influenza A, HSV-1, and rhinovirus. The roots of E. angustifolia work for HSV-1. The aerial parts and roots of E. pallida are good for HSV-1 and HSV-2. Finally, using the entire flower, including stems, of  E. sanguinea can help with HSV-1 and influenza A. Elder is a kind of shrubby tree that produces prolific flowers and berries. Both the flowers and the berries have benefits in herbal medicine. They are also often used to make tasty beverages and jams.
Elderberry syrup, made from the berries of Sambucus nigra, commonly called European Elderberry, is considered to be very effective at treating the common cold. It works to reduce duration, and simultaneously mitigate symptoms, of a cold.
Elderberry is also considered a good general immune booster because it contains anthocyanidins that are known to stimulate the immune system.3) In addition, it works well as protection from and treatment for the flu.
The most common way to use elderberry as an antiviral is to take the berries in a concentrated syrup form. However, you can also make teas from the dried berries or drink fresh juice. I know … the name is pretty unappealing. It’s actually just the appearance of the flowers that earn it this designation. To me, it looks a bit like an executioner’s hood from medieval times. But, I don’t think calling it “Executioner’s Hood” would make it sound like a very safe herbal remedy to use at home.
We could also use its Latin name, Scutellaria baicalensis. In this case, the Latin name can be pretty important, too, because there is also an American Skullcap, Scutellaria lateriflora, which is not known to be beneficial as an antiviral. (Though it offers other benefits).
In any case, with thousands of years of anecdotal evidence on its utility in Chinese medicine and a host of studies suggesting it might have a long list of antiviral benefits, you’ll want to remember Chinese skullcap when flu season comes around. You may also want to do deeper research on its potential utility for sendai virus (parainfluenza), respiratory syncytial virus, vesicular stomatitis, HIV-1, hepatitis A and C, hepatitis B (resistant and non-resistant), and coliphage MS2.
Though the flowers are beautiful and this plant is often grown as an ornamental, you’ll want to use the root to get the antiviral benefits. It’s most often used in powdered form in capsules or as a tincture. But some people also make it as a tea. Ginger is my favorite antiviral. Not only is it something I can grow myself or find at just about any grocery store, but it tastes so good! This is important because unlike some antivirals which only shorten the length of symptoms, ginger has the power to inhibit the development of viruses.
Yep, it actually stops some viruses from replicating, which means the virus doesn’t get to take over your cells and make you symptomatic. Some research suggests that ginger may be beneficial as an inhibitor of norovirus, the human respiratory syncytial virus (RSV) which is common in children, influenza A, the common cold, and HSV-1 and HSV-2.4)
Using fresh, grated ginger in a smoothie or salad dressing are good ways to get lots of it in its raw and most potent form. You can also use it in your Four Thieves Tonic (aka Fire Cider). I am going to quote The Grow Network’s fearless founder, Marjory Wildcraft, on the benefits of garlic. In her incredible (and free) e-Book on “Garlic: Your First Home Remedy,” Marjory says:

So, it’s not just an antiviral, it’s an anti-everything bad for you! Plus, most of us have it in our kitchen right now. Rather than ramble on about how incredible garlic is for immune boosting, I’ll let you download your free copy of Marjory’s book and get all the details on how to use this fantastic home remedy to prevent illness and promote positive health: “Garlic: Your First Home Remedy” Is it just me, or are all these antivirals making you hungry? Ginger, garlic, and now oregano! Did you know virus protection could be so delicious?
For oregano to be really effective as an antiviral, though, you need to use its distilled oil version.5) And, it takes about 1,000 pounds of oregano to make 1 pound of oregano oil. So, adding some extra to pizza sauce won’t quite do the job.
Still, the potent compound carvacrol is so effective at reversing viral infections, and oregano is so easy to grow, that this is one herb you might be able to grow enough of to make your own essential oil of oregano at home. Even if you have to buy it, this is a great one to have in your medicine cabinet.
I also personally drink dried oregano tea all winter long. It’s got more body than some other mint teas, doesn’t need sugar, and with a pinch of salt, helps keep me well-hydrated when the heater goes on. I don’t think there are any studies to prove this is beneficial for virus protection, but it makes me feel good!

If you are looking for an antiviral you can grow in part shade, St. John’s Wort is your best bet. By nature, it’s a forest edge or understory plant that grows in dappled sunlight. It can also grow in full shade. But for best flower production, it needs a fair amount of sun.
This is important because for medicinal use, St. John’s Wort must be harvested shortly after flowering. The flowers, leaves, and stalks are all used. They are often dried and ground or used as a tea.6)
Although most people think of St. John’s Wort as a depression treatment, it contains potent chemicals called hypercin and pseudohypericin that proactively fight off viruses like herpes, HIV and hepatitis C.7) Additionally, it may promote healing and fight off other viruses, too.8) We often consider “the olive branch” as a sign of peace or reconciliation. Not so if you are a virus!
Extracts taken from the leaves of the olive branch are powerful virus inhibitors that are known to be effective against influenza, herpes, polio, and coxsackie viruses.9) Additionally, the leaves of the Olea europaea may be effective at reversing many HIV-1 related changes.10)
This antiviral can be taken as an extract that can be purchased or the leaves can be used as a tea.  You already knew olive oil was good for you—now you can add olive leaves to the list, too! Beautiful and hard-working—what more could you want in an antiviral? Oh, and did I mention that it makes your skin (and not just your garden) more stunning? Calendula officinalis is so useful that it can seem a bit too good to be true. Thankfully, it’s not.

Pharmacological studies do, in fact, support the benefits of C. officinalis as an antibacterial, antiviral, anti-inflammatory, anti-tumor and antioxidant.11) With respect to its use as an antiviral, this plant is particularly powerful when fortified with sunflower oil.12) Holy basil (Ocimum tenuiflorum), also called tulsi, is a delicious, easy-to-grow herb that is very often used as a tea or culinary spice. In Hindu culture, it’s called the queen of herbs and is used as a general health tonic.
Research suggests that tulsi boosts the immune system by increasing cytokine and immune-cell efficacy in mounting immune responses. 13) For this reason, it is considered a helpful herb that works as an antibacterial, antifungal, anti-inflammatory, and analgesic (painkiller), as well as being an antiviral.14)
It’s great to take some tulsi tea when you are recovering from surgery, or even when you are just having a bad day. That’s because this revered holy herb is also reputed to be excellent for helping you cope with stress and be happy.
Sometimes just being in a good mood is the best medicine to stay healthy and prevent viruses from getting a foothold in your cells. So, have a cup of tulsi and enjoy life!
https://thegrownetwork.com/10-antiviral-herbs
Back to News
Use left/right arrows to navigate the slideshow or swipe left/right if using a mobile device