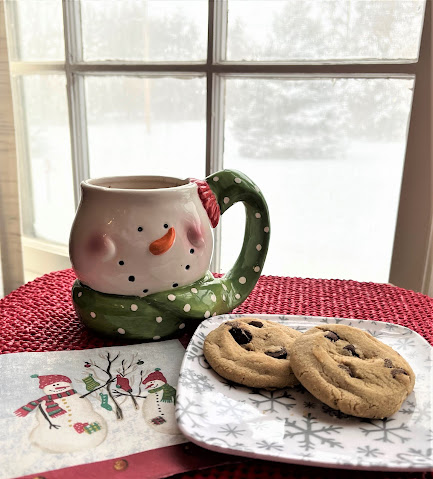 Spiced Tea Mix has been a wintertime staple most of my life. It's definitely a product of the 1960s: Among the ingredients is Tang, the orange drink that was advertised as the drink of astronauts to us kids watching Major Astro after school in the 1960s.

My mom had a jar of homemade Spiced Tea Mix in our kitchen Lazy Susan, and we often warmed up with a steaming mug of the tea mix, fragrant with warming spices. I usually make a large recipe of mix near Christmastime and put some in my own cabinet, as well as filling jars for Christmas gifts. Brent always gets some in his Christmas stocking.

Hot chocolate mix was another popular mix during my childhood. This year, before Christmas, I saw a recipe for Chocolate Chai Latte Mix. It was intriguing enough that I decided to give it a try. I made some and liked it well enough that I also made extra batches to give away in gift bags this holiday season. 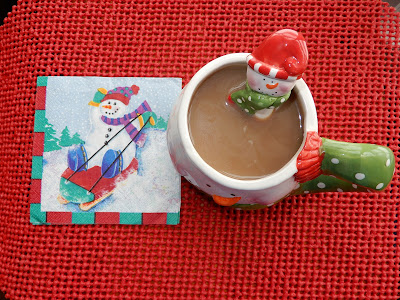 It has some similar ingredients to a hot cocoa mix, but it also includes instant tea and several spices, including cardamom. I had some cardamom in my cabinet, but it's not a spice I use frequently. So I bought a new jar before trying out the mix.

Wednesday's snowy day had me pulling the jar from the cabinet for a tasty warm-up.  Even though it's great on its own, I've also used the Chai Latte mix to flavor my coffee. That's tasty, too! 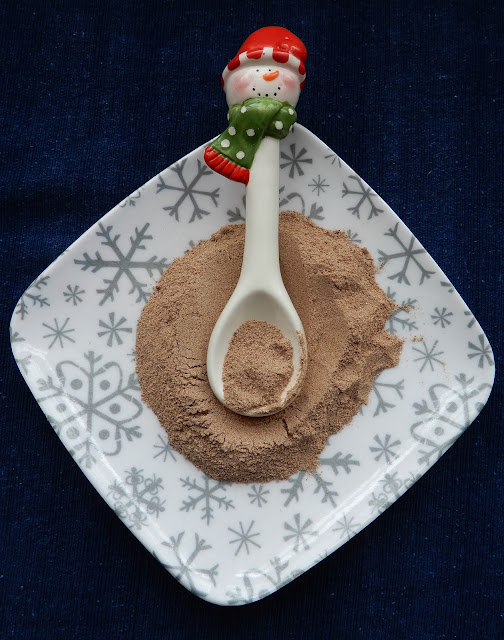