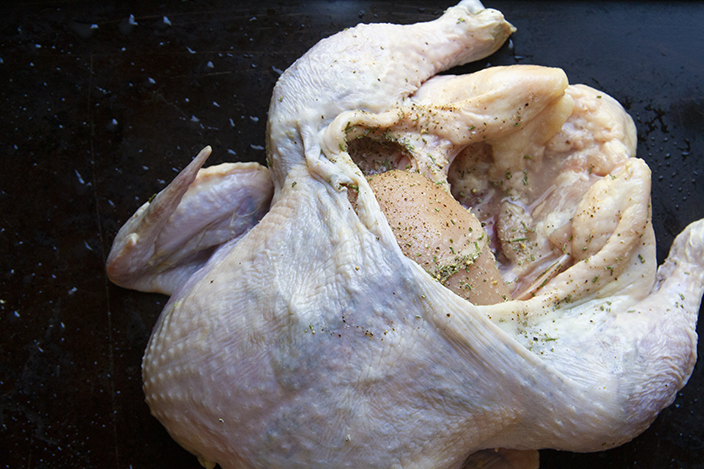 I am not a kitchen gadget person. In general, what people find fussy about cooking is what I consider to be the point of it. I like to see a dish develop through its details, and I find that kitchen gadgets tend to rush through the good stuff. This is my perspective as a cook, a devoted lover of making food.

As a food editor, however, I appreciate any way that gets people excited about cooking. Gadgets often serve that purpose, at least: they usually appear to offer something that saves time, effort, or both. This is why when I started to hear a lot about the Instant Pot a few years ago from my friends, I was intrigued. It was flashy, I thought; “instant” a hefty promise from an elaborate jack-of-all-trades pot claiming to do what seems like near magic from inside its thin insert. I had just given away my slow-cooker, one I kept around exclusively for recipe development for national magazines; its presence at the base of my spice cabinet felt like a relic of a former era, nostalgia without fondness. I immediately shuffled my kitchen to assume its spot, its shadow lifted only seconds before the salad spinner took occupancy. (The real estate of my kitchen cupboards is far more competitive than my former Brooklyn neighborhood.)

It wasn’t until I decided to write the book I’m currently working on that I thought I would possibly buy an Instant Pot. It just seemed like a fancy pressure cooker to me (which, honestly, it still kind of does). But I also believe that these keystone gadgets that cooks come to depend upon in the ecosystem of their kitchen – the slow cooker, the other example that comes to mind—are often very good at something, and I was intrigued to find out what that was.

What I discovered was that the Instant Pot, whose Pressure Cook setting is the only I’ve come to master, harnesses speed in creating a tasty meal at the cost of approximation. I’ve never found the Instant Pot to produce identical results to their traditional (slower) methods, but the results can come close. I appreciate being able to make steel cut oats—Henry’s favorite breakfast on a winter morning—in minutes, a process that would take me nearly an hour. It, indeed, is nearly magical with simple things like that, and has earned a spot on my kitchen counter for it.

I was hungry to find another practical use for it—something that would revolutionize a night’s dinner the way it had a morning’s breakfast. So I started to review the simplest things I make in the kitchen, searching for something versatile and classic. I thought back to a similar post I wrote here when I first started this blog, when I was posing a similar study of the slow cooker back when I first bought it at the height of my writing for magazines, on braised chicken.

This time, I preferred to give a whole chicken a try, and consider it as something that could be served one night with a sauce and whatever random vegetable I had in the refrigerator and use the leftovers as shredded chicken, a handy tool in my holster when faced with the quick draw of family meal prep.

I figured out the mechanics, feeling less like a cook and more like a scientist, and lowered the chicken into the insert with a great deal of hesitance. After all, I had waited in a series of long lines to buy this bird, hard-won in these strange times; I wondered if I should skip the whole thing and roast it. Skeptical, I sealed the lid, set the timer and waited.

Finally, the pot did it again, thanks to this recipe—it earned its place on my counter. 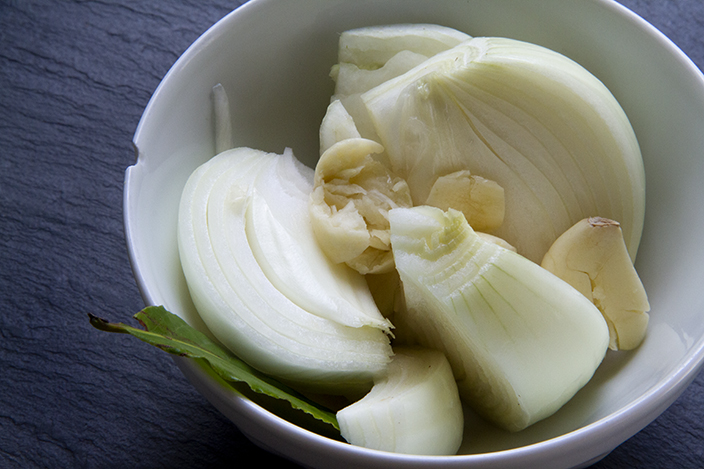 Served with anything ranging from roasted vegetables, a side salad, or a favorite grain, this roasted chicken and its resulting sauce is amazing.

1 / In a small bowl, combine rosemary with 2 teaspoons salt and 1/2 teaspoon pepper. Separate skin from flesh from chicken by sliding fingers underneath the skin; rub flesh thoroughly with rosemary mixture.

3 / Stir vinegar, honey, lemon juice and water to pan until combined. Add onion, garlic and bay to liquid and place metal trivet in the pot. Place chicken, breast-side up, on trivet.