There are only 5 ingredients in this recipe for Pumpkin Pie Spice. And I’m going to guess that you have at least 3 or 4 of them already in your spice cabinet.

If you’re missing one (any of them besides the cinnamon), then don’t you worry, I will discuss that in a moment.

So, if you’re ready to learn how to Pumpkin Pie Spice DIY, then just follow along with my recipe for Pumpkin Pie Spice. It’s truly the best blend of spices that brings a warm, fall seasonal smell and taste to your desserts and breakfast recipes.

Making a Pumpkin Pie Spice DIY is easy because if you follow along with my recipe, but run short on an ingredient or completely out of something, it’s really okay. Other great combinations would be:

Really, any pumpkin pie spice DIY combination works for this recipe and it’s easy to make up a batch and enjoy. I like to make a big batch every fall and then I typically run out by spring time.

Just keep this recipe for Pumpkin Pie Spice stored in a glass jar with a lid and it will keep for several months in your pantry.

How to Make the Perfect Recipe for Pumpkin Pie Spice

This truly is the absolute best blend of spices and you’ll be able to use it in so many recipes every fall season.

Cinnamon is the Most Popular Spice in the World

Did you know that cinnamon is one of the most commonly recognized and used spices in the world? And, the health benefits of cinnamon are remarkable. Cinnamon is not only high in antioxidants but it also reduced inflammation and can protect the heart. In this recipe for Pumpkin Pie Spice, cinnamon makes up the bulk of the recipe.

Nutmeg Must be Grated with a Nutmeg Grater

Nutmeg can come in either the spice form or as a nut and must be graded with a nutmeg grater to be used. Most commonly, you’ll find nutmeg in a very small spice container in most major grocery stores.

Nutmeg is also an immune booster, but also supports the kidneys. One teaspoon of good quality honey with a full pinch of ground nutmeg will help rid the body of kidney infection and stones.

We love using ginger in recipes here at Clean Cuisine. You can use it in it’s natural fresh state for recipes. But for this recipe for Pumpkin Pie Spice, you want it dried and powdered to combine the best with the other spices.

Although there’s not a lot of cloves in this recipe, a small amount can be beneficial to the body. By providing anti-bacterial properties along with improved liver function and measuring high in antioxidants, cloves is an excellent addition to this recipe.

I absolutely love fall and this blend gives off the perfect warmth flavor to all of my favorite recipes. Remember, you can easily swap out cinnamon for the same amount of pumpkin pie spice — you’ll just get a big bump up in flavor.

Pumpkin Donuts Recipe – The delicious pumpkin donuts paired with a “brown sugar” frosting and topped with toasted walnuts or pecans could not make me any happier. 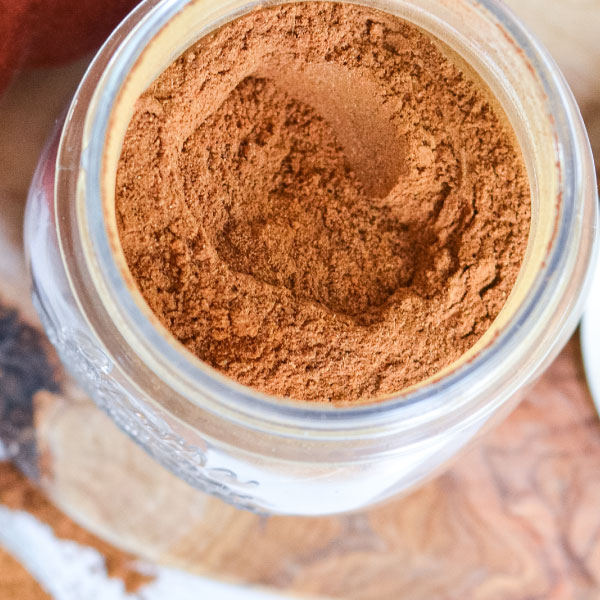