Celery salt is a common ingredient you’ll find in almost every kitchen, and this is owed to its highly versatile applications. Made by fusing salt with concentrated celery, it’s a sure way to impart great flavor to numerous dishes. 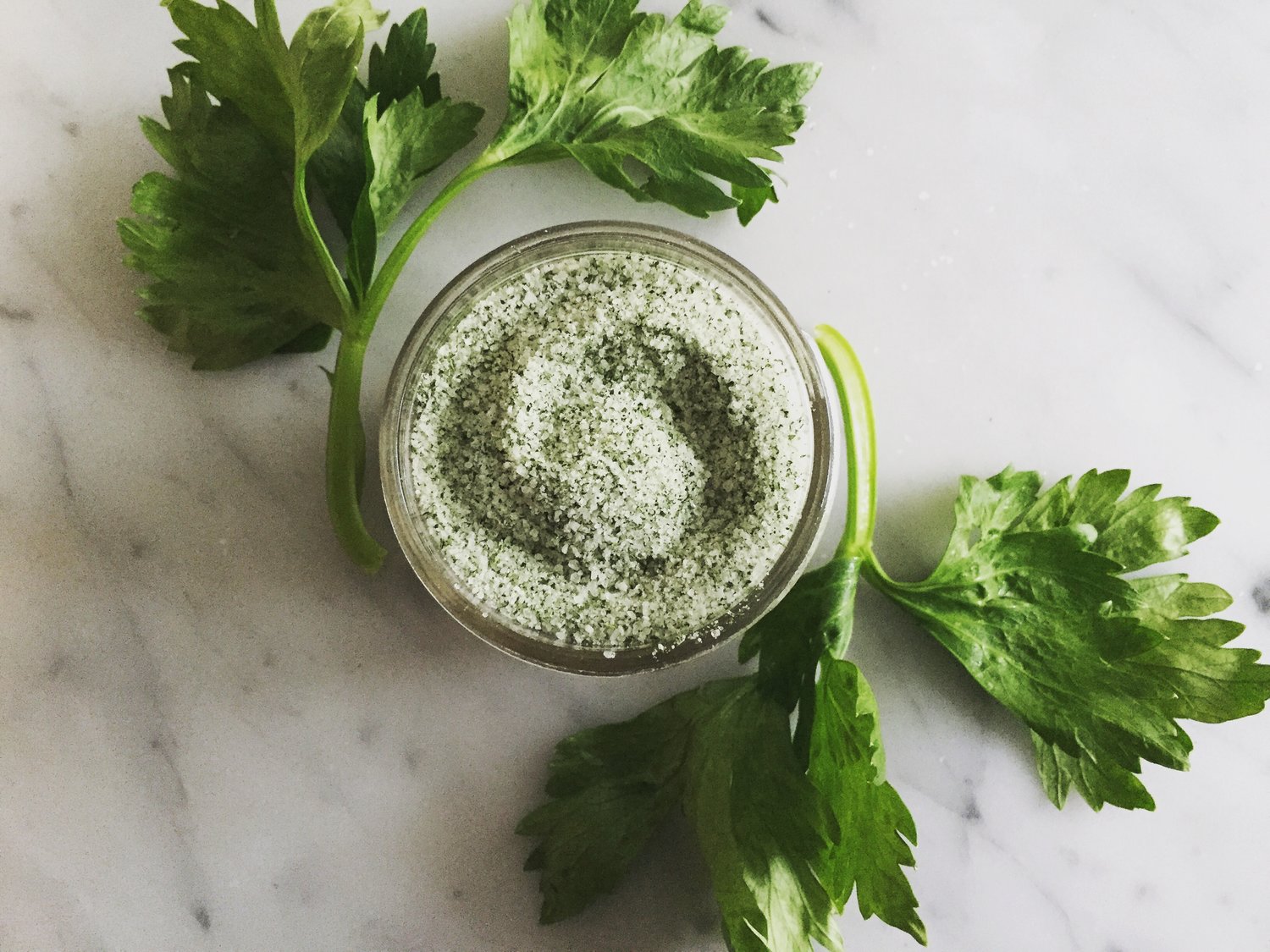 Many know how useful celery salt is as a spice, but there are times when we simply find ourselves lacking it. Perhaps it’s that we forgot to check our inventory or did, but it skipped our minds on our way to the grocery store. Sometimes, we leave out celery salt in a recipe by choice. It may be the need to watch our sodium levels, therefore causing us to reduce our salt intake.

Whichever the reason, it’s always helpful to have an idea of what we can replace it with. The great thing about this is we can find handy substitutes for celery salt around us at most times, so we may not have to worry about running out of it, or never recreating its intense flavor profile in our dishes.

Because it’s made primarily from the seeds of the lovage herb, (which is related to the celery plant) celery salt tastes a lot like celery.  This flavor combines with the salty tone to give you a distinct taste, making it a handy ingredient in different recipes. Celery salt is most especially useful in hearty recipes, and can also be included in special drinks as well. Its main purpose is to impart a savory tone while lifting the other tastes in the dish, which explains why it also contains extra ingredients like pepper and paprika.

Celery salt is popularly used as a seasoning in many common and surprising recipes, including;

If you ever run out of celery salt or decide you don’t want to add it to your cooking, you can try out any of these options. 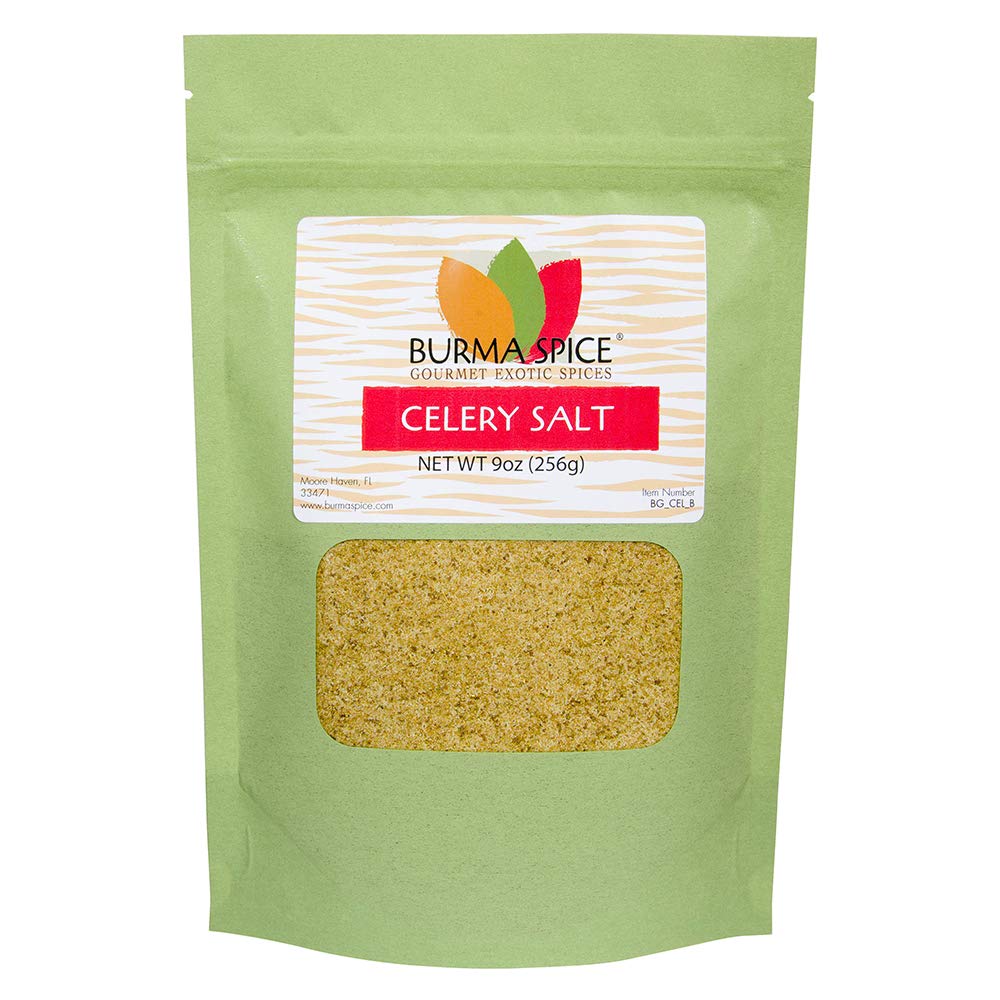 Since the aim of using it is to infuse its rich, sweet, and savory flavor, you can make your batch of celery salt by grinding celery seeds and mixing it with a measure of salt. The seeds are just as rich in the familiar flavor, as the herb itself, especially when they’re grounded. To make this, you should use 2 parts celery seeds and 1 part kosher salt. Blend the celery seeds in a spice grinder, and then add the salt to it. This option allows you to use the homemade batch in equal ratios as you please, and you can even add a dash of pepper or paprika to the mix. With this, you’ll always have a backup batch of the spice sitting in your cabinet to use in any recipe you wish 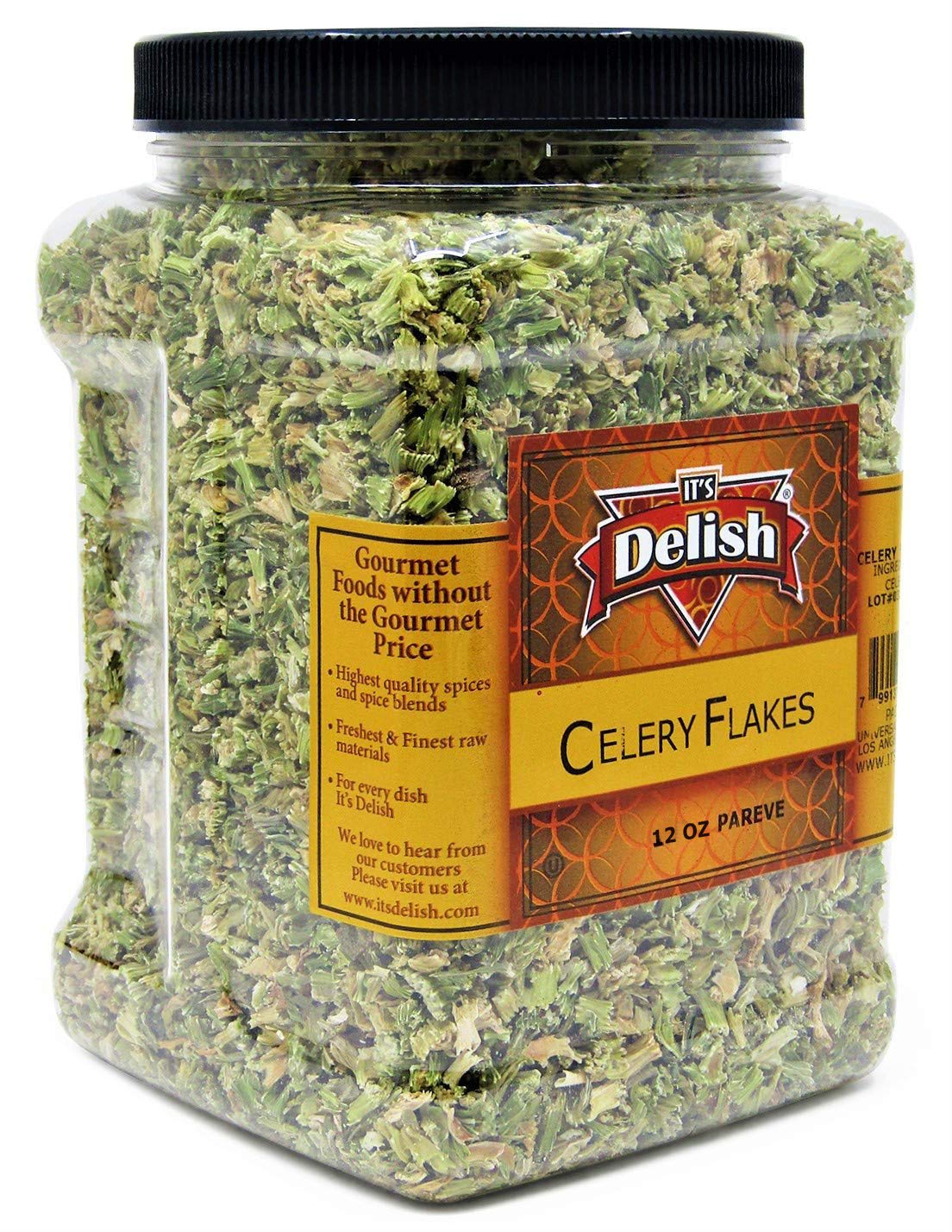 In the absence of celery seeds, or if you’re looking for a sodium-low option, you can also use the stalk and leaves of the herb itself. Celery is rich in flavor, and though it may not be as intense as that of celery salt, it’s still a decent option for you in many recipes. It can work in soups and salads, and even sauces and broths, especially when finely chopped. The only drawback of this option is they’re fibrous and would contribute to bulk since you need more for better flavor intensity.

Another way to use fresh celery is to dehydrate it. Here, only the stalk is needed, but you have to use a lot of it since dehydration shrinks the quantity. What you do is remove the leaves, chop the stalk into small pieces, and place it in a dehydrator at 115°F. Leave it for a full day (24 hours) and when it’s dry, blend it to a powder in a spice blender.

If you don’t own a dehydrator, you can also use an oven or toaster oven, at 135°F until the chopped pieces are crisp, then you blend. Whichever you choose, you’ll get an ideal substitute for celery salt, though it might take a long time to prepare. 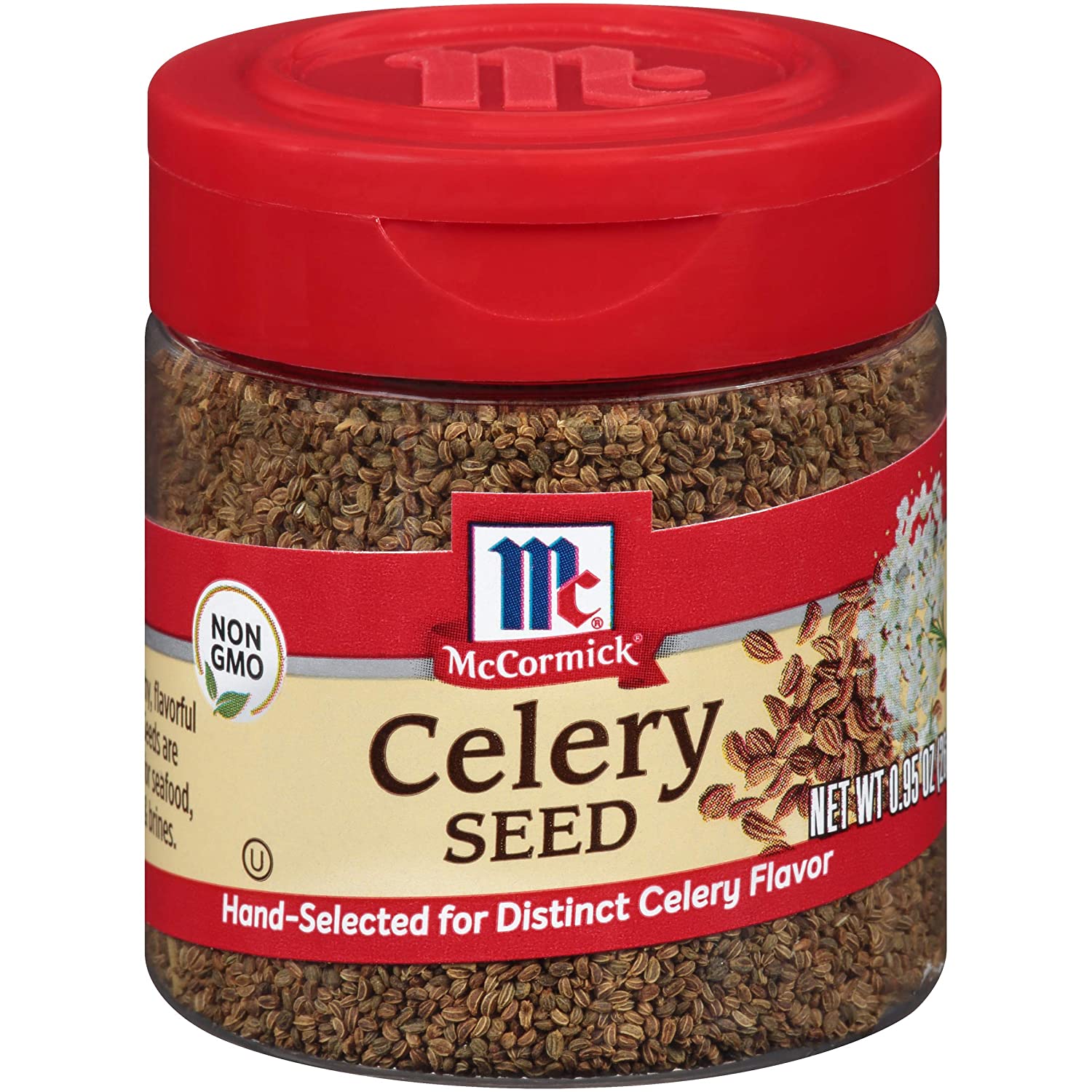 You can also consider mixing the essential oil derived from celery seeds with salt to make a decent substitute for celery salt. Because it’s gotten from the seeds of the celery herb, it’s also potent in the distinct flavor and rich in aroma. Once mixed with the desired amount of salt, it can work as a good substitute in many recipes including soups, sauces, spice rubs, and even hot dogs. However, when using celery seed oil and salt, you’ll need to reduce the quantity of the latter in the recipe if it was called for. 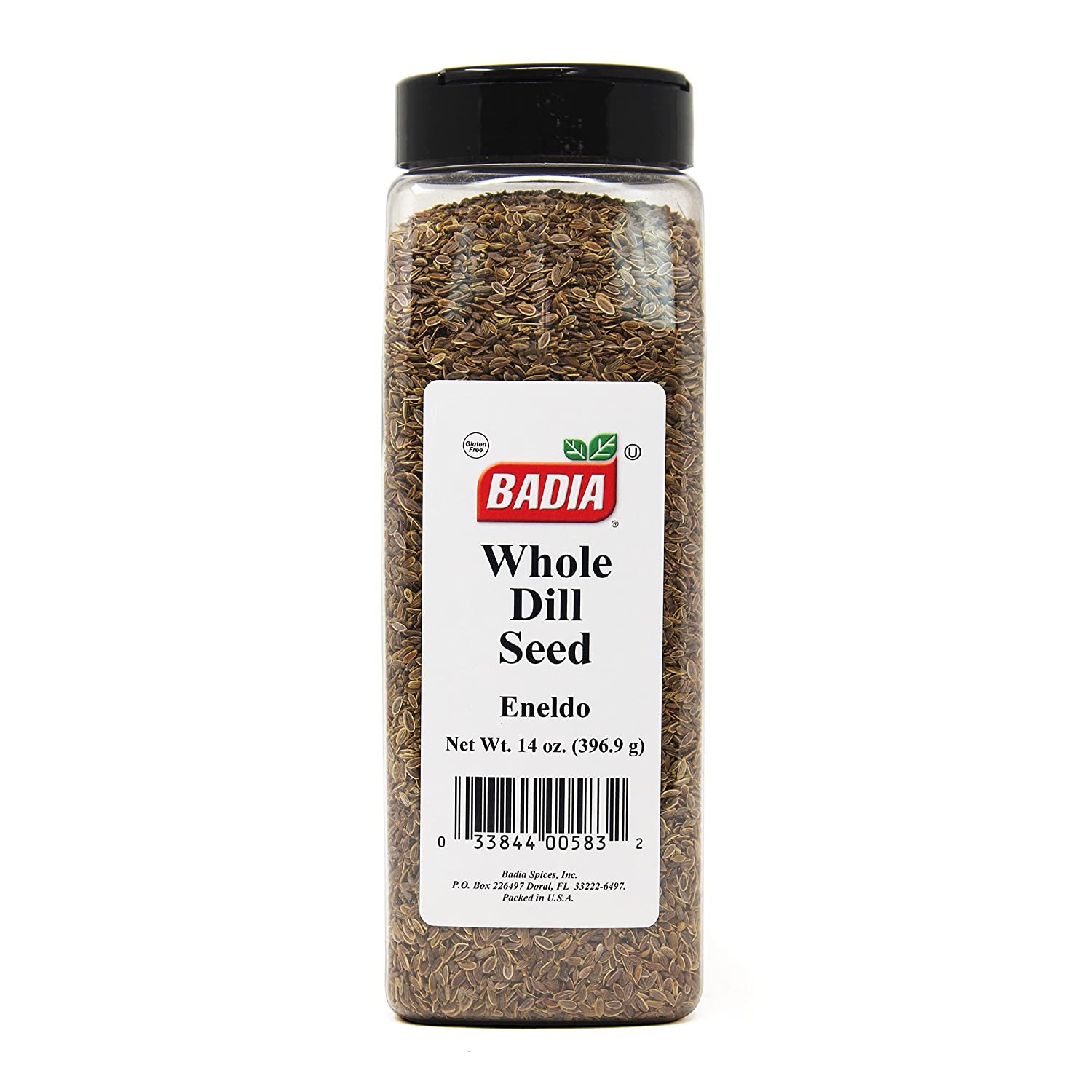 This spice qualifies as a substitute for celery salt because the seeds used in making it are gotten from the dill herb or dill weed. The dill weed itself is related to the celery, so it shares a similar flavor profile. And it’s easy to make because all you need is to combine dill seed powder (which you may already have in your spice rack) with salt at a 1 to 1 ratio. Dill seed salt is a convenient substitute for celery salt and can be used in equal quantities in a wide range of recipes, including spice rubs and cocktails. 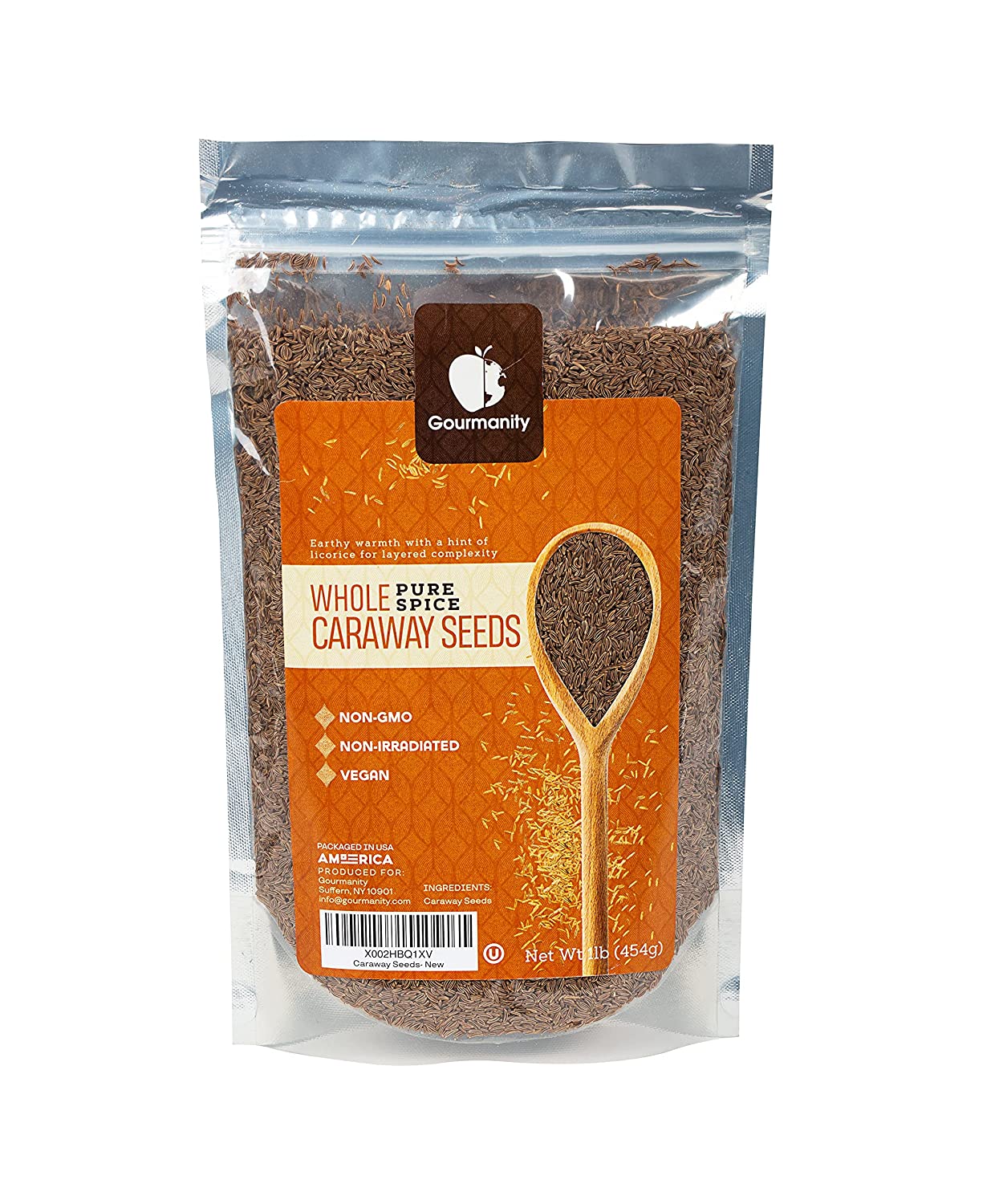 Though they’re sweeter and carry a more pungent aroma, caraway seeds can be used as an ideal substitute for celery salt in meat dishes. They’re flavorful and can help impart a boost in this regard. They’re also easy to find, and you stand a chance of already having them at home. In the end, caraway seeds are a great last resort, so if this is all you could find when you run out of celery salt, then there’s still hope for your recipe.

Yes, it is. Besides special situations where a person’s health pushes them to stricter low-sodium diets, celery salt is an acceptable spice option. Plus, it also contains potassium, which helps maintain blood pressure, and has a natural flavor, compared to actual salt.

What’s the difference between celery salt and salt?

Celery salt has much lower sodium levels than salt. This means you can use it in place of the latter in meals without worrying about consuming too much of it. And with celery salt, you reduce the risk of being affected by the numerous diseases caused by excessive salt consumption.

What can you use in place of celery salt?

Besides the options listed above, chopped mustard greens are another good substitute for celery salt. You can also use chopped green beans, especially in vegetable soups and salads, as well as Romain lettuce, which many consider a classic alternative.

Out of celery salt? No need to worry! Pick up any of these great substitutes and you’re good to go. And while you may feel that none of them meet up to the original ingredient in terms of convenience, you’ll be glad to have them as backups in times of need.

The post Substitute for Celery Salt appeared first on BlogChef.